Before getting to the main point of this post, we wanted to take a moment to offer our sincere appreciation for the men and women who serve (and have served) our country.  Our freedom is because of your service and dedication.  Thank you for all you have done and continue to do! 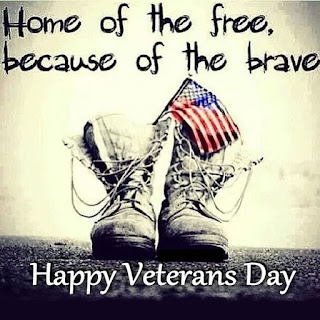 Tomorrow is Chicken Soup for the Soul Day, and we're looking forward to reading your submissions.  Don't worry, a 2,000 word count submission is not required.

Last week, the Mr. shared Chapter 1 of his NaNoWriMo project (2,000 words written daily) with you.  Read on as the adventure continues in Chapter 2, and keep checking back in.  We will continue releasing chapters upon completion.   We'd love to hear your feedback.  Please consider leaving a comment below or shooting us an email (mr@wolfestew.com).

Walter shaded his eyes from the afternoon sun.  It was sliced in two by the ring of moonrock, but it still shone brightly.  His sister and he were saddled up in military gear.  He wasn’t too happy with their new predicament.  The council had assigned them to a heavy cruiser, instead of a colony ship, which meant stricter regulations than a colony ship.  They would not have their single cabin and would have to reside in the common barracks with all the other crew.  Only high-level officers had separate bunks for privacy.  But at least they were leaving Earth.  As a reward for their last mission, the council had deposited a large sum in appreciation.  Ether was the rarest commodity in the known galaxy.  It’s uses were still not completely known, but there seemed to be many.
Jess and Walter had talked about their plan before setting sail on the heavy cruiser.  It had been a quick meeting in the privacy of their small cabin near the airstrip.  They would work the job until they got into the new colonies.  They would retire their commissions, and hire themselves out on a commercial ship, until they could buy their own.  This was a huge change, and risky as anything, but it was their future.  Jess kept calling it destiny, but Walter would just shrug the word off.

Jess lowered her head under the low entryway, as did Walter, and they found themselves in a low-lit environment.  The lights were white and were embedded into the walls of the hallways.  These would turn red at night, since there was no other way to tell time in the dark of space.  Each shift would need to know what time it was, to ensure the exact schedule of a military ship.  Consistency and efficiency were needed at all times.  Jess looked around and shrugged, “Well its not stylish, but it’ll do.”
Walter just shook his head in exasperation and followed his sister through the ship’s corridors.  It didn’t take them long to find the barracks.  It was tight…cramped really.  Walter was used to tight spaces, especially being in a spacesuit for most missions.  Jess on the other hand was looking a bit squeamish, having been always able to enjoy the inside of a fairly spacious cockpit.  They would make do.  This was just the start of this journey.  Jess nodded and put her best face of resolve into place.
“All quarters!  Emergency!  Code Red!”  The ship’s alarm blared through the compartment.
Jess and Walter ran down the corridors, splitting up near the middle of the ship.  Walter was expected to help with security at the outer doors in case of unwelcome boarding parties.  Jess shot up toward the forward section, where she would help in the main command center in navigation.  As Jess reached the command deck, she realized what was happening.  She could see the captain of the ship with his hands behind his back, shouting out commands.  “Okay, that’s enough ensign, call the ship to stand down.”

Walter turned to Tyke, “You know that barstool isn’t going to do much against actual firearms, right?”
Tyke grimaced, “Yeah, but it’s better’n usin’ my hands!”  With that he let out a sharp bark of a laugh.
Walter imagined if his hands hadn’t been occupied, he would have given him a huge slap on the back.  He was grateful that Tyke had his hands full at the moment.
The banging on the door intensified, and Walter stepped closer to look through the viewport.  He saw men in spacesuits, they were old suits, and the men had low-tech laser pistols.  They looked like a ragtag bunch of outlaws.  Suddenly, the full weight of a barstool came crashing down on his back and neck. As the darkness overtook him, he could hear Tyke say, “Sorry, kid, but we got work to do, and I ain’t lettin’ no one get killed if I can help it.”  The swish of air from the airlock opening was the last thing he felt, along with a feeling of despair and worry for his sister.

Jess turned to look at the security screens, her brother had been incapacitated by a traitorous member of their crew.  She slammed her fists into the console near her, provoking a light alarm from the console itself.  She quickly looked back and saw the captain with his eyebrow raised, looking at her.  “Everything alright Jess?  I mean, notwithstanding the current order of things.”  He smirked and continued, “Do not always think that the situation is beyond our control, your brother was knocked out, not killed.  This is a good thing.”  He came over and laid his hand gently on her shoulder.  “So calm down, and help me figure out how to save the ship, not help destroy her.”  Another smirk.  Jess sighed and let her shoulders relax, “Aye, aye captain!  Let’s figure a way out of this.”  She put more enthusiasm in her voice than she felt, since she felt none.  Her brother was her life, and after the deaths of their parents, it became even more true.  Suddenly, she was hit with an idea. “Sir!  If we reset the ship’s engine core, we could kick out the software that is messin’ with everything!”
Nodding Argent stared at her, “But, who, in God’s name, will make the trek through the underbelly of the ship to bypass the intruders?  It has to be someone small, and have knowledge of the ship’s engine core.”  As he said it, Argent, squeezed his eyes shut and put his hand to them.
“I can do it!”  Jess lit up, and started toward the bulwark entry hatch.
Sighing, the captain nodded, “Okay, but if you are going we are fitting you in a fibroflesh suit. That should take care of most weapons they have; and give you an upper hand if the air gets sucked out into space.  They were expensive suits, rare, and only used on the most dangerous missions.  Her brother had always worn one, which had shown how dangerous his job had been.  As she suited up, the captain pulled a dagger-looking object from his belt.  When he unsheathed it she could see it start to glow blue and heard it humming.  “This is an energy blade, it is only given to captains.  Use it, and do the work that needs to be done.  Well, and then get your butt back here alive!”  He turned and walked back to his command chair, sitting down swiftly.
As she opened the hatch, she looked back to the bridge.  These people were going to possibly die if she did not do her duty well.  Jess promised her brother, in her mind’s eye, that she would not fail him.  “I’ll fix this kiddo.”  She whispered under her breath as she closed the hatch behind her, and the darkness of the small passageway enveloped her.


Keep Reading
(Click to "turn the page" to Chapter 3)