Showing posts with the label December
Show all 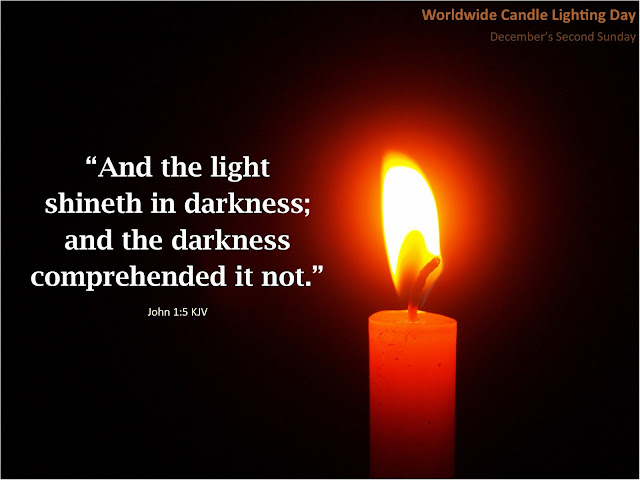 A single candle in the middle of utter darkness is the portrait of hope. No matter how dark our circumstances there is light that lives on. This Light is eternal hope that can live on in you - when you are ready to let it. At times JOY feels unachievable. Light a candle in your darkness. Watch the flame and hold on to hope that JOY will come again. JOY for Today Offerings: Did You Know...  Five we didn't. Wolfe Stew Connects  To light. Bible Verses and Quotes  About grieving. Activity Suggestions : Lighting Candles, Book List, Resource Options, Would You Rather, and Family Challenge Did You Know: Worldwide Candle Lighting Day's goal is to support families who grieve the loss of children?  The Compassionate Friends organization began when Reverend Stephens (of England) connected two grieving sets of parents in the hopes that their shared experience might help the healing process. The parents deeply benefited from the connection and longed to lead others in similar situations to
Post a Comment
Read more 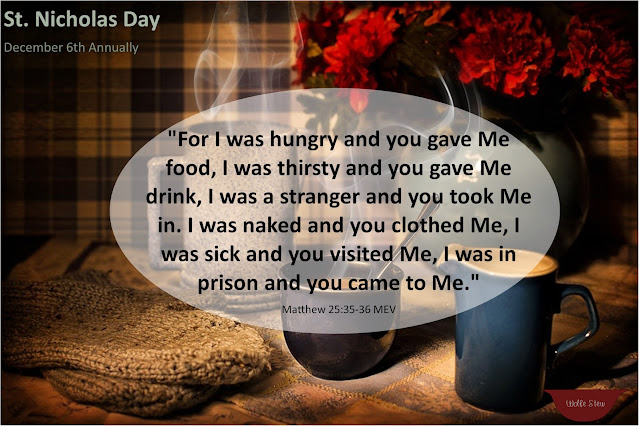 There is a reason that St. Nicholas became a Saint. As we glimpse into his life this season, may we awaken to opportunities for giving that surround us. And may these opportunities bring peace and JOY because we know we are cheerfully giving from the abundant warehouses of God's provision. Background image courtesy of Jill Wellington via Pixabay JOY for Today Offerings: Did You Know...  four we didn't. Wolfe Stew Connects  to a spirit of giving. Bible Verses and Quotes  inspired by St. Nicholas Activity Suggestions : craft, compare and contrast, fact or fiction, "Would you rather...", and family challenge. Did You Know: St. Nicholas lost his parents at an early age?  They died in an epidemic. After his parents died, Nicholas used his inheritance to assist others in need: financially, physically, and emotionally. ( St. Nicholas Center ) St. Nicholas was once imprisoned? Roman Emperor Diocletian persecuted Christians relentlessly, and Nicholas was one of the many Chri
Post a Comment
Read more 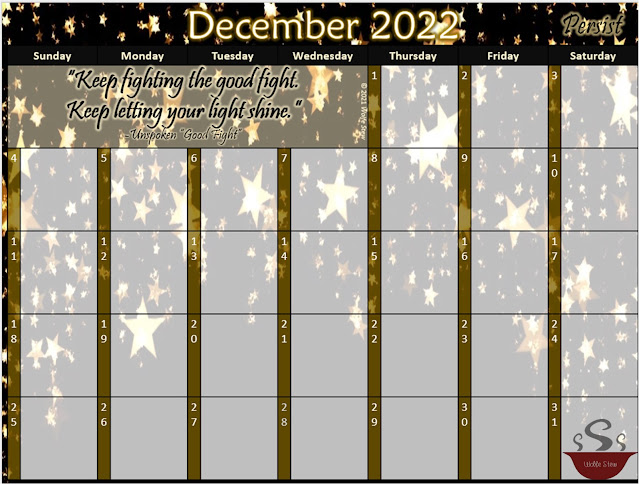 I just finished updating my first December Idea for Every Day post and noticed a similarity: snow. Apparently, God nudges me into a December mindset by making it snow on the days I post my December calendars. Honestly, December on the horizon saddens me slightly. It means winter is near and ushers in the end of another year. But, then there's Christmas and the New Year to think about - so I never stay sad for long! How are you doing, Leader? How do you feel now that December is nearly here? Jingling all the way? Or are you settling in for a blue Christmas? What Christmas song best matches your mood today? While we hope it's one of comfort and JOY, we know that's not always reality. Know we are in prayer for you and the JOY you bring to each one of your learners. Here's what we're offering on the December 2022  Wolfe Stew  menu: December 2022 Ideas for  Every  Day Calendar  (family friendly, educational) December 2022 Growth for Today Calendar  (personal growth, Bibl
Post a Comment
Read more 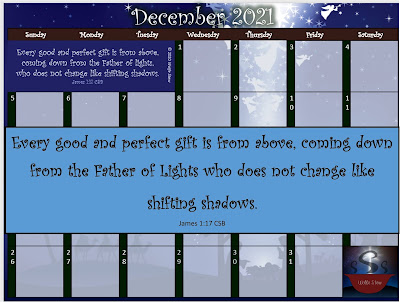 (Updated 12/2/2022.) You're looking for family-friendly and educational things to do with your little learners this December, and we want to help! We've selected daily holidays and paired them with activity links for you and your little learner. Choose between: The December 2021 Idea for Every Day Calendar -  Embed  or  Printable  Blank December 2021 Calendars  featuring a  Bible verse  or  inspirational quote  A family friendly list of 30 Things to Do in December 2021 -  Post  or  Printable In addition, consider checking out our previous December posts: Classroom ideas  (mostly nonreligious) Faith Based ( Expect Jesus & Herod or Herald ) December 2021 Idea for EVERY Day Calendar We paired daily holidays with family-friendly and educational links to help you celebrate EVERY day this December. Choose from the embedded version or  print your own . Find links to more December calendars on our JOY for Today page. BLANK December 2021 Calendars Use these blank calendars
Post a Comment
Read more 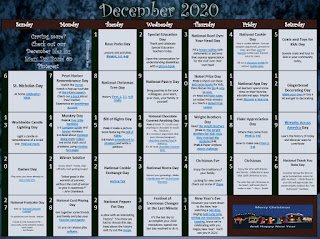 Welcome Leaders! How are you? While normally this time of year is tough for teachers, (see our post, " You’re NEVER Alone ," if you feel this) we all know 2020 is NOTHING like normal ; it’s like we’ve reached another level of “toughness” this year. Our school district got moved back to remote learning until AT LEAST through Christmas break. If this is you too - or perhaps you’ve been remote, or perhaps you're in-person or living in the thick of it through homeschool - whatever your situation is, I think we can all agree: this year’s been TOUGH! I think we’re all trying to make it through to a break so we might just breathe and remember what that feels like again for awhile - to just breathe. Well, as November draws to a close, we hope to breathe some joy into your daily routine with our December calendar.   We pair daily holidays with learning activities for Preschool to Sixth grade learners across multiple subject areas so that you have an idea for every day. This mon
Post a Comment
Read more
More posts