Welcome to the tenth chapter of Mission Born: Space Twins.  If you're new to the story, or need to catch up, find the appropriate link here:

Ready for lift off?  Strap in and commence the countdown.  Chapter 10 begins in 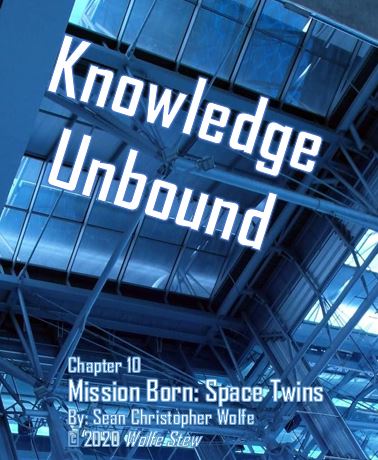 As the door to El-4’s meeting room swished open, both Walter and Jess could see her sitting gracefully at the head of a massive table.  She beckoned them to come and take seats near her, in utter silence.  As they sat, and were about to open their mouths to speak, El-4 put up a warning with her index finger.  “You shall listen.”

Jess seemed overly put out by this but refrained from saying anything that could get her in trouble with the people who had given her so much already.  Walter quietly nodded and waited.

She began, “Before any of us were born, the Council rose to quash the religious wars of Earth.  They were scientists, trained to be rational men and women.  Logic turned to fanaticism, and they thought they could stop the wars in one way.  To replace religion with their own form of faith.  Faith in Science.  They withheld the knowledge of the religions of the world, and they vanquished any who had knowledge from the face of the Earth.”

She paused to look into their eyes.  Both Walter and Jess were stunned, there were no ancient texts or videos of the time she was talking about.  Nodding approval of their silent acceptance, she continued.  “They formed their society to be a utopia, but it was not.  There were still the wealthy and powerful above the poor in squalor.  For decades this lasted, as tenuous as it was.  Some of the Elders on the Council decided to leaked the knowledge of the religions of the world back into the hands of the populace.  They had read them, and they believed.  The people should be set free in their minds.”
El-4 stopped again as another gnome came in with a tray and distributed drinks. After taking a drink, they each waited for the other to be ready.

“This knowledge actually created a movement of peaceful individuals that wished to practice their religions on the frontier of space.  They refurbished huge freighters, and even disabled the weapons on each.  Many Arks made it out of system before a ruthless leader came to power on the Council.  He destroyed all Arks getting ready to leave system, and he hunted down the ships that he could find.”

El-4 took a sip of her beverage, and continued, “Many ships had made it out into the periphery of space.  The frontier was settled by humans on every habitable planet they could find.  Unbeknownst to them, the nanites which were used to terraform these planets, were also used to terraform their own genomes to become more adaptable to the environments.”

“So that’s how the Orcs came to be!” Walter almost leaped out of his seat, shouting at the top of his lungs.  His sense of the mystery of history had overwhelmed him.

El-4 frowned at this interruption and sat back waiting for Walter to control himself.  Walter saw this and pushed himself back into his seat quietly.  “Sorry….”

“It is of no consequence, the story shall continue.”  El nodded slightly and began anew.

“The person responsible for these nanites was a scientist by the name of Cristof Weatherby.  Doctor Weatherby also toured the worlds, as the planets and the people were transformed.  He documented his tour.  The names of the civilizations and people were derived from his notes.  Apparently, he loved old novels from Earth, and gave them names from these novels.  Thus the Orcs, and we Gnomes as well, are the result.  There are many more species of man out there.  You, Walter, have read of many of them from my data on the selected library sources.”  She looked down at her computer pad and smiled.  “You are most certainly a fast reader….”

Walter blushed and Jess grimaced.  “Okay! So now what??  Your ‘lovely’ story e’splains not a whit what you e’spect of us!  I wanna know, cause I ain’t doin’ no more ta the ship if ya want our lives fer your ‘elp!”

El-4 frowned and then shrugged and relaxed, “We do not wish you to endanger yourselves.  We hope to become friends, and in helping you, gain a benefit we have never had before.”

“An’ what’s that?!” Jess squinted at her, trying to look intimidating.

Jess and Walter both leaned back tensely.

“You are both of the original population of Earth.  We do not wish you to endanger yourselves, but as you yourselves have noted, you are on the run.  On the other side of this frontier is an empire that was built by the Council itself, after religious fanatics retook the leadership of Earth.  They are a theocracy, and they have a standing military.  That military designed Templars, special warriors, using the technology of the ancient terraforming nanites.  They are imbued with special powers, and they police the border of the frontier.  What knowledge we have is given to us by ex-templars, either removed from their position by the theocracy or disgruntled veterans of wars they did not wish to fight.”

El-4 paused to give the twins time to digest what she had stated.  Walter looked lost in thought with his chin in his hands, while Jess looked like she had a migraine and was holding her forehead in her left hand while pushing on a vein in her temple with the other.

Jess mumbled as she stared at the floor, “So…there’s not only the Council after us, but we also got this empire of magical knights, an’ they all wanna get Wally an’ me?”

El-4 nodded solemnly, “Yes, but we are not sure if any of them know that you are still alive.  We can help you change your faces somewhat cosmetically, but it would only be a temporary fix to your identities.”

Walter stirred and looked El-4 in her bright orange irises, “If we help you…. If we spy for YOU…. What do we get in return?”

Both Twins answered together, “Freedom!”

El-4’s face warmed to a genuine smile, “Yes… Yes, we can do that.  We will keep you on retainer.  Any missions we have for you, you may decide whether you take them or not.  Although, we may try to enhance the reward to entice your interest in performing such missions….  Are we agreed then?  Is this an acceptable arrangement?”

“Good, I shall brief you on your first mission tomorrow morning.  Please, both of you, get some rest.”

As Walter and Jess left the room. El-4 spoke into the room, as if someone sat across from her.  “Do you see how well they complement each other?  Have they always been this way?”

An electronically-enhanced voice came over the interior intercom, “Yes, they are the best team I have ever seen, even better than their parents.”

The voice answered her only a few seconds later, “They’ll get the job done El.  They always have.”


Keep Reading
(Click to "turn the page" to Chapter 11) 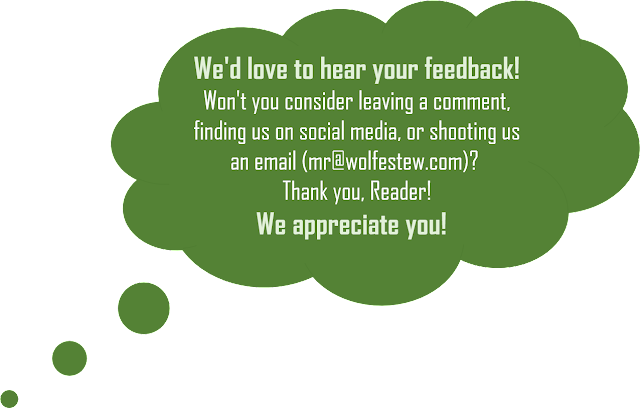