April 23, 2020
We're entering spacedock 79 in this chapter to commence Jess and Walter's in-the-field training overseen by Winterlocke.  If you're needing to catch up, find all previous chapters below. 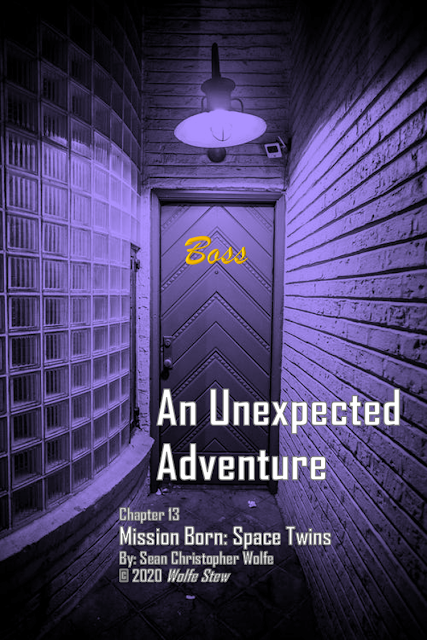 As they came in for a landing at Spacedock 79, they could see thousands of lights of various neon colors.  The lights wrapped around the dock structure like a little boy keeping an animal from escaping his outstretched arms.  Numerous spacecraft sat on the large dark gray pads.  They were trimmed in the yellow that meant caution.  Several people walked along the edges where the lights and pads met.

“That must be a huge walkway, with so many people standing on it!”  Jess was peering from her co-pilot’s window, down at the hundreds of small figures walking along.

“Winterlocke, we aren’t trained yet.  You can’t possibly think this is going to be a good idea….”  Walter sat back in his seat with a humph.

“Kid, you can both learn in the field.  It’s how most of us learn best.  I can’t teach you about how a plan can change until you see it for yourself.  So, here’s the plan.  We meet with my contact and try to blend in.  A simple plan, easy to modify our reactions to it quickly.  Hopefully it doesn’t change so fast that we can’t compensate….”  Winterlocke winked at them both.  “Besides, adventure doesn’t happen if you plan for it!”

Walter and Jess just stared at each other, not truly happy with what was going on.  “Well it’s better than waiting for the Council to find us and try to eradicate us from the face of the universe.”  Walter got up and put his holstered pistols on around his waist.

“Yeah, what he said.  Let’s get this show on the road, El Capitan!”  Jess whacked Winterlocke hard in the shoulder as she strutted by.

Winterlocke chuckled and sighed, shaking his head at Jess’ brash ways.  Running his hand through his hair to straighten it, he strapped on his own holstered weapon, a glinting gold and white metal pistol with a quadruple barrel.  It looked like it would have enough kickback to throw the owner into yesterday.

Walter slapped the ramp release button and waited for the ramp to slowly and elegantly unfold onto the landing pad.  All three of them strode down the ramp like conquering kings, giving the image of confidence they would need in order to navigate this new environment.  They stepped onto the poly-crete, a concrete-like mixture of several highly durable materials.  Jess flipped the remote in her hand, and without looking back, pushed the button to close the ship up and arm the security defenses.  Walter had to admit that the way she did it made her look like someone that knew their way around a spaceport.  Winterlocke took the lead and guided them into the crowded walkways.

Jess and Walter had to be nudged several times as they continued to gawk at all of the lights, signs, and unique stores that surrounded them.  Winterlocke was getting grouchier as they made their way further into the bustle of Stardock 79.  They had been walking for almost an hour, turning down alleyways and main walkways and back again, when they came to a sudden halt.  Winterlocke grabbed the handle to a very violet door, it even had violet lights etched into the frame.  “She just had to make it purple….”  Winterlocke sighed and opened the door slowly.  As they entered, they were met with darkness and subtle light.  The light was warm, since it came from over a dozen candles spread throughout the establishment.  Small tables, low to the ground, sat under each candle.  The flickering light made the customers of this place look sinister.  It didn’t help that most just scowled at them from their seated positions.  Jess was about to open her mouth, when Winterlocke stopped her by saying, “follow” quickly and pulling her along.  They made their way further back into a singular hall that led to a simple violet door with a sign across the top of the doorframe.  ‘Boss’ could very clearly be seen, written in gold ink.  Winterlocke shook his head again and put his hand to his head as if he were in pain.

“You okay, Boss?”  Jess stated so plain-faced you could tell she was trying to push his buttons.

“Stop…just stop….”  Winterlocke said under his breath.  Jess backed away a little, since it seemed she might have pushed the wrong button.  Walter pulled her near him and waited for what would happen next.  Winterlocke knocked at the door.  That was when everything went sideways for the twins.  The explosion wasn’t really an explosion.  It was more like everything twisted, hurt a bit, and then confused their senses for several minutes.

A figure emerged from the room.  The form looked like a woman, but she was different somehow.  It was hard to tell, since the stun cannon she had used still affected them.  The cannon rested in her hands, crossed in a defensive gesture.  The figure started to speak, “Aw Man! Whatya thinkin’ Old Man?  You know I’ve got people a’huntin’ me!  Knocks on doors get ya killed here, and ya know it!  Come on, get up, and who you brought ta me Old Man?”

Winterlocke got up first, he’d obviously been hit by a weapon like that before, since he recovered so quickly.  Jess was still messed up - her eyes were actually crossed and she was drooling a bit.  Walter was completely out and didn’t look like he’d recover anytime soon.  “Kat, why’d you fire?  Is it that bad now?  I mean, seriously!”

“Don’t give me that, Old Man!  Ya made me blow down my beautiful door!”  Kat turned around and looked up at the purple and gold sign, which somehow had no sign of damage at all.

She smiled, “Well, at least we still know who’s the boss.”  She chuckled at her own joke.

She patted Winterlocke on the shoulder with affection and then went down the hall.  They could hear her addressing her customers.  “Eh, the oven blew again, gonna have ta leave now ya’ll!  Come on now, move along…. You too Racky!  I know, I know you been my best customer, but I can’t serve ya when I got no oven.  Next meal’s free folks, just leave now… please….”  Kat didn’t sound like she was used to saying please often.  Her customers left grumbling, but they left nice enough.

Winterlocke looked over at her, noticeably irritated.

“Nothing kid…I like her too.”  He smirked as he watched Kat ushering everyone out rudely, but with polite words.

“Grab Walter, we’re gonna need to take this conversation out of this place.  Hey Kat, can we take the kid up to your place up top?”  Winterlocke addressed Kat as she came back down the hall.

“Oh sure, let’s go ruin my home too.  That sounds perfect!”  She slapped him on the back and made her way into the office, through the door that was now a shattered wreck.
Keep Reading
(Click to "turn the page" to Chapter 13) 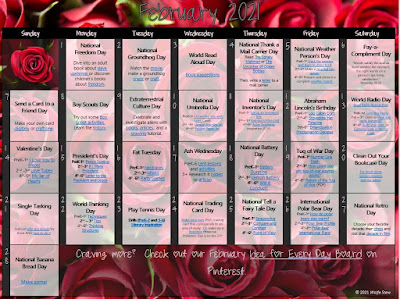