May 08, 2020
During the last chapter, Jess and Walter met Kat, an acquaintance of Winterlocke's who does not seem to pleased at their arrival.  If you need to catch up, find links to all preceeding chapters below:
Chapter 1 Ghosts
Chapter 2 The Adventure Continues
Chapter 3 Sound the Alarm!
Chapter 4 Will Wally Make It?
Chapter 5 Twins Divided
Chapter 6 World's Apart
Chapter 7 Escape from Planet Orc
Chapter 8 Twin's Flight
Chapter 9 Docked in Space
Chapter 10 Knowledge Unbound
Chapter 11 Decisions
Chapter 12 Training
Chapter 13 An Unexpected Adventure
Otherwise, let's pick up right where we left off - entering Kat's house. 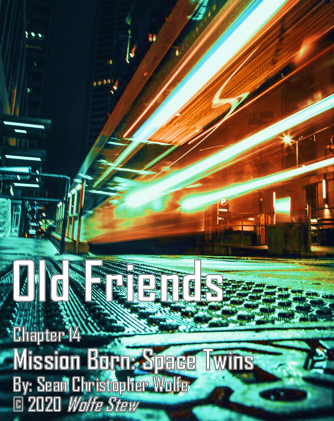 Welcome Leaders of Learners everywhere! We see you. We know how hard you work and how you’re always in search of just the right resource to use with your learners, and we want to help! Today is a continuation of a blog series featuring our favorite FREE online educational resources to support you and your learners. Last time, it was language resources , but today, we’re focusing on math resources. Math is probably the easiest subject to practice in game form. That being the case, there are myriad math game sites out there. We’ve tried a lot of them out and we’re presenting you our favorites. And not just our favorite math game resources, but also our favorite math teaching resources. These resources will help from introduction to review in a variety of engaging, thought-provoking, and intensive ways. We’ve organized these resources in the gradual release of responsibility model. So, the first resource will be heaviest on teaching and the last resource will be heaviest on practice
Read more